We need to start the conversation on colonialism 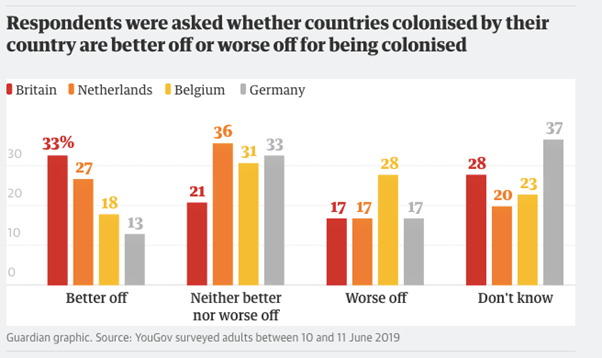 The thought that European societies are inherently racist is an uncomfortable one. If we think about European history though, it is not very surprising. While European countries were majorly involved in shaping the world as it is today through conquest and colonialization, this is not a topic that is talked about very often or is even a fixed part in most school curricula. Many people have a vague understanding of colonialism at best. A more critical engagement with this topic and especially with the ways that it continues to shape our world today is clearly lacking. As the Black Life Matter protests bring up important issues of racism and systematic oppression, it could be a good time for us as Europeans to start catching up with darker parts of the past of this continent.

Isn’t colonialism a matter of the past, after all, something that does not concern us anymore?  As of now, in 2021, political leaders tentatively start addressing dark colonial pasts. Emmanuel Macron was the first French president to even acknowledge colonialism a ‘crime against humanity’. At the same time, he was accused of not properly understanding the legacy of colonialism. Still, other areas of public life are also, slowly and cautiously, approaching the topic. Some museums, often containing legions of artefacts looted from former colonies, now start to think about how they should deal with the history of these items. The Rijksmuseum in the Netherlands even pledged to return thousands of exhibits that are considered stolen from former overseas territories. In Berlin, streets named after colonial leaders are now being renamed.

What seems also be lacking is a general awareness on how colonialism was connected to other events in European history. According to a 2020 poll, 30% of British people actually think the British Empire was good for the colonized peoples, while another substantial part seems unsure of what they should think of it. A similar pride of colonial achievements, or rather of the ‘Dutch Golden Age’ also exists among Dutch citizens. While in Germany everybody knows about the Holocaust, nobody talks about the genocide of the Herero and Nama that was committed in Namibia under German rule in the beginning of the 20th century. This general unawareness among European citizens concerning the colonial atrocities like displacement, slavery, genocide and reign of terror, underlying ‘great’ historical achievements like exploration, trade and conquest, clearly shows that there is a huge gap in education.

Even though most of the people living in Europe today certainly have not committed colonial atrocities personally, we do not exist in a historical vacuum. No matter if our ancestors were on the side of the oppressors or the oppressed, the past affects the way the world is structured today, how we perceive it, what privilege and status we have in our society and in the world. If we do not want to continue to carry this heritage of racism and white supremacy, we have to start to actively engage with it. If European democracies want to see themselves as the gold standard in terms of liberty, human rights and education without appearing as hypocrites, then a critical engagement with colonial histories would be a good step forward.

March 2021: Viewpoint: France’s President Macron doesn’t get the impact of colonialism in Algeria

March 2020: UK more nostalgic for empire than other ex-colonial powers

Oct 2019: A Dutch Golden Age? That’s Only Half the Story https://www.nytimes.com/2019/10/25/arts/design/dutch-golden-age-and-colonialism.html 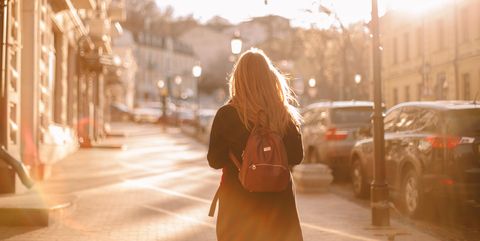 Utrecht is made for walking

This week's blog is inspired by my parents and their Sunday habit. Every Sunday my parents go for a long walk in nature or in a specific...

When I was younger I used to dream a lot, or more precisely, remember my dreams a lot. I could wake up and recall whatever crazy...