“Let’s make this session into a movement”

These are the words of the former commander in chief of the Netherlands Armed Forces, General Tom Middendorp, during a symposium on the security implications of climate change. In November 2021, parallel to COP26, I organised together with military students and young professionals a three-day masterclass on how the security sector could enhance climate action worldwide. Why? Militaries around the world have unique assets, capabilities and skills that I believe could make armed forces a crucial partner in mitigating, adapting to and becoming resilient to climate change. Why? -Armed forces have high GHG emissions (mainly due to energy intensive materiel: aircrafts, ships, heavy vehicles), thus there is a large potential to reduce their emissions; -The innovative capabilities and budgets of armed forces and the security industry can be used to accelerate the energy transition and create technologies for civil use; -Western militaries operate in areas that are extremely vulnerable to climate change, by incorporating climate aspects in operations these areas could become more climate resilient, resulting in less security implications.

My name is Ytze de Vries, former GSS’er, former career commissioner from STORM and currently Energy Science master student. Next to my study, I am a military working student (Officer-Cadet) at the Ministry of Defence. This means that I work part-time for the Dutch military on projects related to my academic expertise (sustainability, climate change and the energy transition), and I simultaneously persue a military training program (which teaches me military skills, leadership, teamwork, working under pressure, and more). I started as a military working student during my third year of GSS. In the past three years I have work on projects such as: decentral energy systems for military bases, energy technologies for marine ships, research about security implications of climate change, climate adaptation for military bases, and more.

Back to the words of our former military boss: “lets make this session into a movement”; this movement has started. Together with Dutch military students and young professionals I have started Youth Climate Security; a team that will change and accelerate climate action around the world. We believe that if the security risks of climate change are presented to our (future) leaders, together with ideas to solve them presented by the youth, this will lead to the implementation of more (rapid) mitigation, adaptation and resilience measures. How? We host Talks (Youth Climate Security Talks) that educate youth on climate security, let the youth (civil and military) engage in teams to develop ideas, and present the ideas to our leaders for them to implement. We will spread this concept worldwide, just like how TedX events are organised around the world.

Do you want to learn more about the climate security nexus or help us in achieving our movement?

You can always message me. 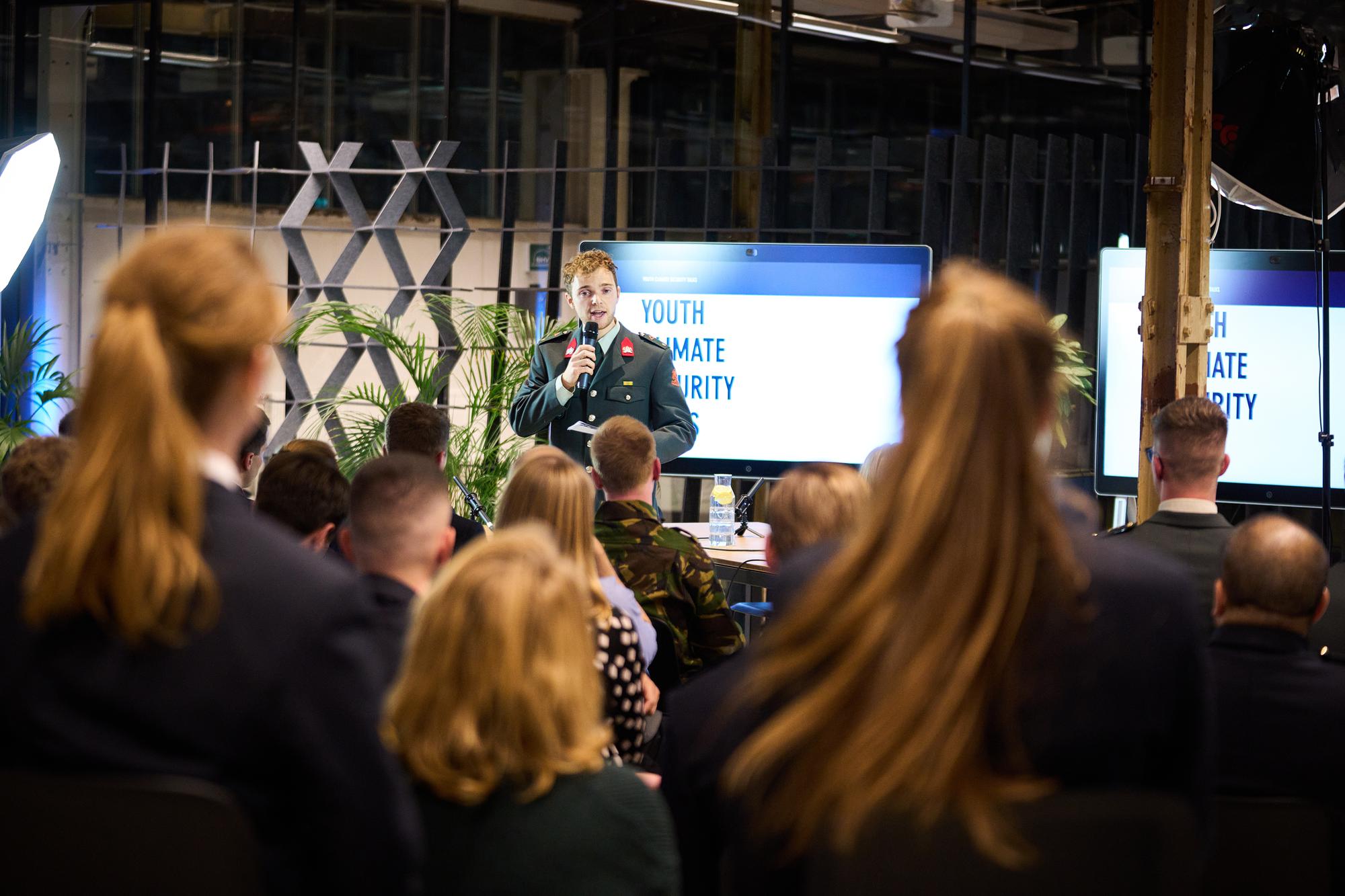