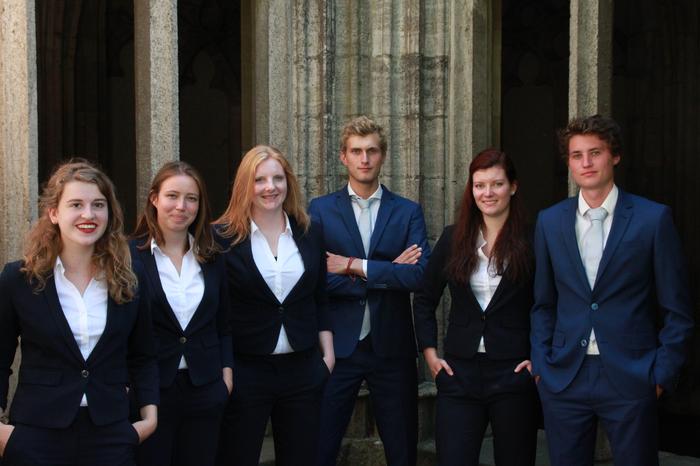 The 27th Board of Storm: The Stormchasers

Our board year consisted of many ‘firsts’: Storm became 100% English, we had a new, fancy website and member system, we had a new Storm room to decorate and the Cooking Committee was born! As a board, these changes meant we were entering some uncharted territory, but we always managed to do what we thought was best for Storm! And of course, we could count on the wisdom and advice of previous boards and our members!

The new Storm room in the Buys Ballot building was one of the biggest changes. Besides the fact that there now is an actual office for the board to work in, the room itself was also twice the original size! We loved shopping for furniture while dreaming about the now legendary events such as Tiroler Tuesday (where only the board was present and drunk, and the rest of Storm had exams), Helge’s infamous Irish music room shifts and endless Mario Kart and Age of Empires gaming sessions. Our committees could now also use the room for meetings and events like Easter Breakfast, Pumpkin Carving or the immensely popular Kolokolo Toastie Thursday.
However, we were not the only study association that now had a bigger and better room for parties and activities… As some of you might recall, our friendly neighbours from U.A.V. managed to piss off the university in such a way that drinking on campus was no longer allowed..! We also got a curfew and Helge spent many hours co-formulating a Code of Conduct…
Luckily, many of our events were being held outside of the Stormroom, such as the weekend trips, the Crossing Borders Trip, all the amazing parties, the newly introduced Monthly Dinners and much, much more! In addition, the educational and professional aspects of the association weren’t forgotten! For example, Saré started to book classrooms in exam periods so Stormers could avoid the crowded libraries, Louise organised many cool events with the LEX, and Teun’s Career Committee created a great symposium.
When thinking of the highlights of our board year, I must mention the Dies week. In particular, the 24h Trip to Cologne was pure chaos in the best way possible (Das Ding, anyone?!)! There were only two sober board members (Juul and myself) at the end of the night to gather everyone and get them in Ton’s bus, which was tricky since half of the people were throwing up in various bushes around the neighbourhood…

Lastly, I should really mention some of our more personal, yet just as memorable experiences: The endless board meetings (where I would often drift off and scroll a bit on Facebook…), celebrating carnaval in Eindhoven, bonding with other boards while becoming frighteningly good at Rage Cage, keeping track of the famous Board Points, attending as many Constitutional drinks as possible (and trying to keep Helge under control while there… We only got kicked out once!), the wonderful drinking game ‘Bakkentreinen’, visiting each other's parents and celebrating Christmas and New Years Eve together! And above all, many, many laughs, tears, beers and hugs!
I know I speak for all of us when I say that our boardyear has contributed greatly to the people we are today, and we are so thankful for all the amazing people we have met because of it!