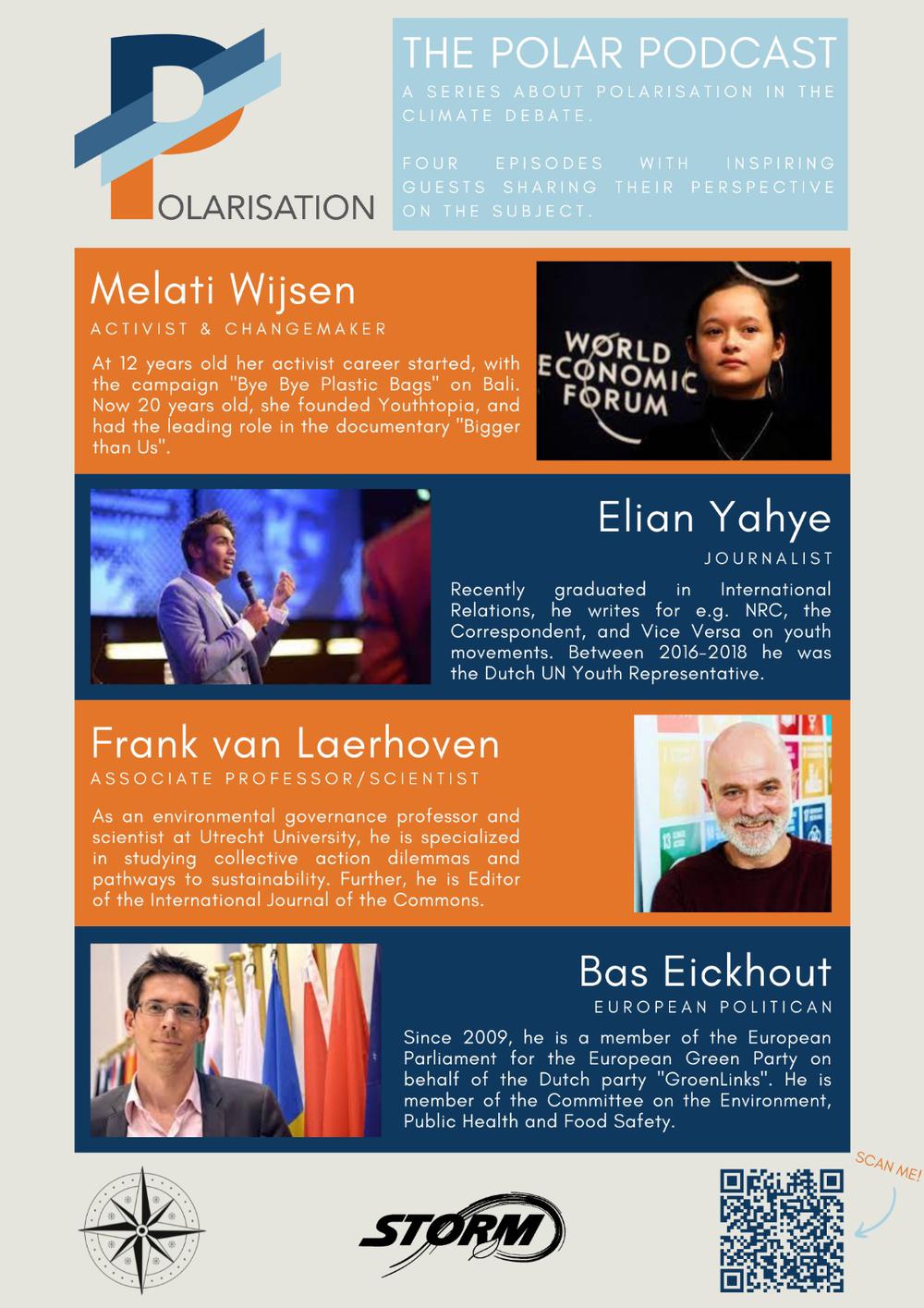 The Polar Podcast is a series about about polarisation in the climate debate. Last week we published the first episode with activist Melati Wijsen, and today we release the second episode.

In the first episode, we had the very inspiring Melati Wijsen, activist and fulltime changemaker, as our guest! If you want to hear about her views on polarisation, the climate debate, the effect of COVID-19 thereon, the COP and activism, make sure to give it a listen! And if you're at it: go watch the documentary "Bigger than us", released in Dutch cinemas on December 2nd, in which Melati has the leading role!

The second time, we were very happy to have journalist and former UN youth representative Elian Yahye as our guest. His articles focus on the youth perspective, in the climate movement but also in human rights issues. Curious already? We talked about youth climate movements, "horizontal" polarisation between generations, but also "vertical" polarisation, and the role of journalism in highlighting certain perspectives and provoking discussion. Go give it a listen on our Spotify account! And if you're interested, you can read his articles on NRC, the Correspondent and on Vice Versa.