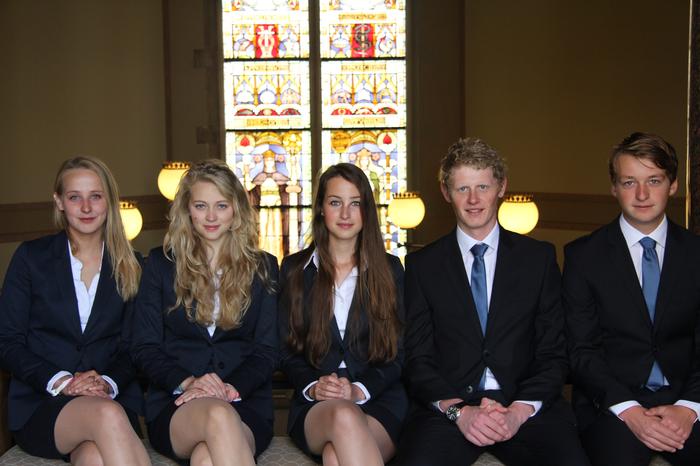 The 24th Board of Storm: De Bestorming

The new year begins with the appointment of a new honorary member; Roelant Knauff. It has been some time since the last honorary member, but due this is everlasting efforts and achievements for Storm Roelant deserves this title.

The first success of the year is celebrated already in the introduction week, when we win the Sustainable Introduction Stunt again!

Storm in the meanwhile just keeps on organising activities (94!), partly by the increasing efforts of the Alumni and Master Committee. After some careful trials last year, master introduction activities are now structurally in the first week of the masters, to involve them more into the Association. Furthermore, the Sailing Society is being revived and there is a new society: a Runner's Society. For the third time in three years Storm changes pubs, after de Nieuwe Dikke Dries and the Lieve Lust it is now time for: Boslust.

The digitalisation of Storm is also taking some serious form. After digitalising the smoelenboek last year, the committee is now officially resigned. Also payments are from this year on done digitally with the coming of a pinmachine, which is present in the Stormroom and at activities.