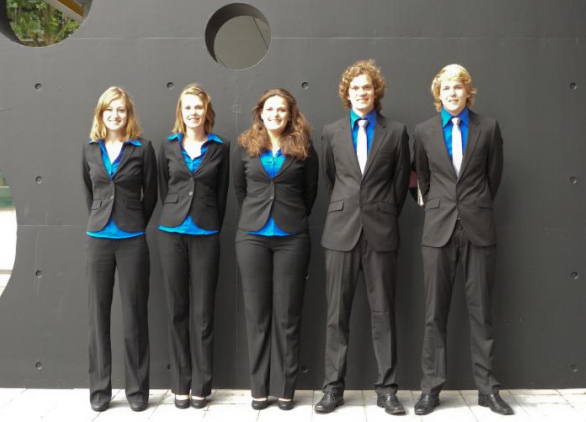 The 20th Board of Storm: De Wind van Morgen

Now arriving at the last year before the celebration of the fourth Lustrum, the year where the Lustrum Committee is charged. This also was the year where Storm found its new Patron. After three patron-less years, Klaas van Egmond was crowned as new Patron of the association. The call for more involvement from the master students--which was a call sounding for years--was unexpectedly answered by a small core of Master students bringing the committee back to life. The Board is also taking its first steps into the world of social media and creates a Facebook page.

The worldwide economic crisis is also felt within Storm, the Board is struggling to collect sponsor money. Furthermore Statesecretary Zijlstra introduces a slow study fine, giving a dangerous edge to an active Storm life. Fortunately there is a large group of active members who do not pay attention to this.

At the following Storm parties the rooms of K-Sjot are now filled with ease for the first time. And the Stormband manages to attract a full room of people at the Kolokolo benefit concert at their first ever performance. During the Crossing Borders trip the four countries of the Austro-Hungarian empire were visited, and if it’s due to the many countries isn’t clear, but a record of kissing incidents took place involving 22 of the 48 present Stormers.

The invitation for the Monthly Drinks in our new pub, De Dikke Dries, was received with open arms by Storm members. The pub is a lot bigger than the old one, café de Stad, which offers room to grow for our association. Furthermore the Stormers are also cared for in the early mornings: the Board decides to open the room 15 minutes earlier, so Stormers can get some coffee before the lectures start. And at the end of the Board year, as has happened many times before in Storms history, it was time to switch rooms again… 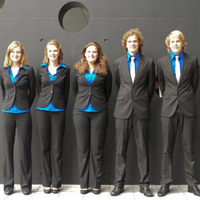