We would love to present the most unique, most important ánd most fun committee of Storm: The Lustrum Committee. The Lustrum Committee is not appointed every year, but is appointed every five years. We are tasked with organizing a great number of activities during Storm's XXX’th anniversary. Another special thing about the Lustrum is the fact it’s the only committee always consisting of ten members ánd the only committee which will be active for more than one year.

Since Lustrum VI is in the school year 2021-2022, you won’t hear a lot from us this year. We can assure you that we will be working our ass off in the next 1.5 years to make the VI’th Lustrum the best one ever. Our committee is separated from people working on the activities during the Lustrum and people working on the Almanac. Who are we?

Activities:
I. Daniël Zegeling as Chairman. We succeeded to trick Daniël to be our chairman for the next 1.5 years. He probably will regret this in the end (just like the mistake he made in mathematics (ask him about this plz)), but for now it’s all fun with the puzzle loving treasurer of the 29’th board of Storm.

II. Rik Kleijer as Secretary. Already in the first meetings we learned that he is our fashion boy: if you don't like the merchandise it’s probably his fault. He is responsible for the most important task in the committee, namely the beerpoint statute, and he is taking this véry seriously.

III. Inge Ossentjuk as Treasurer. This fourth year GSS student, who was also in the 29’th board of Storm is not only our treasurer, she is also our treasure. Inge is always enthusiastic and can do an endless amount of sobershifts, want do we want more?

IV. Noë Plantagie (me) as Commissioner of Promotion. Also a fourth year student. I’ll try to make you all as excited as possible for this Lustrum. Furthermore, I named myself Ton contact (the others did not approve it yet).

V. Maite van Dijk as Maite van Dijk. Maite van Dijk is this year's Chairwoman of the board of Storm. She developed quite some nicknames over the years. I personally know her as BomberJack, of the legendary Sports and Games committee year 2018-2019. In the board she goes by MaityMais. If uncertain which nickname to use: just call her VO and everything will be fine.

VI. Sofia as Sofia. Sofia is one of our fresh first years. She is a fan of the flying spaghetti monster. In the first meeting (online) of this committee everyone talked englisch until Sofia introduced herself and said she was from Groningen. It was that moment, we realised we are all Dutchies, wat goeeeed.

*VI*I. Noor as Noor. Noor is our second fresh first year. We already got to know Noor as an enthusiastic person, with lots of ideas. Our first meeting was during dinner time, or well, during Noor’s dinner time. Therefore, we already got a bit of a cooking tutorial by famous chef Noor.

Almanac:
*VI*II. Yza de Ridder as chairwoman of the Almanac. Yza is the only one of the 28’th board of Storm. If you say the number 28, everyone on this board goes nuts (crazy people). With all this craziness, Yza brings a great alumni network to be present at this Lustrum. Yza is also the owner of our Lustrum mascot, which you’ll hear more of during the Lustrum.

IX. Marieke Wennemars as secretary of the Almanac. Marieke was also in the 29’th board of Storm and will be working on the Almanac this year. The Almanac? What’s that?? → the Almanac is a book with e.g. memories and pictures of the past five years of Storm. She is probably the smartest person of this committee since she has once read 60 books in one year. Say whaaaat?

X(XX). Lars Boekman as treasurer of the Almanac. Unlike Inge, Lars is just treasurer and not also our treasure. Lars was in the Crossing Borders committee last year so you probably all know him from that trip (of toch nieeet). Lars is not only dedicated to the Almanac, he is also - not so secretly - involved in the activities via meetings the both of us have just before meetings we have with the people managing the activities.

After all these great names you must be wondering, when is the Lustrum? What is the theme? Which merchandise are you talking about? And how can I sign up?!
This will all remain top secret until our big announcement in the beginning of year 2021-2022.

You will be spammed with information, so don’t worry about missing something.
Hope to see you all during Lustrum VI: Insert name, which is still a secret!!

We will be back,
Lustrum Committee 2021 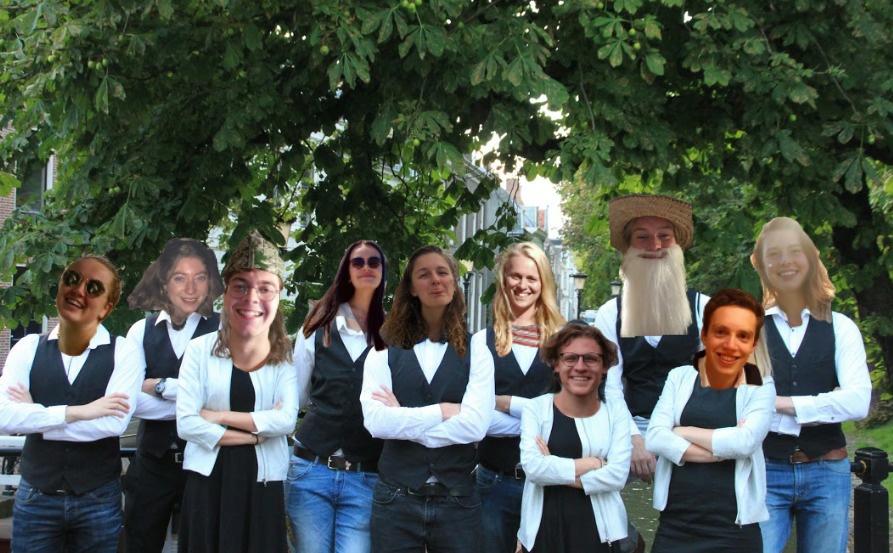