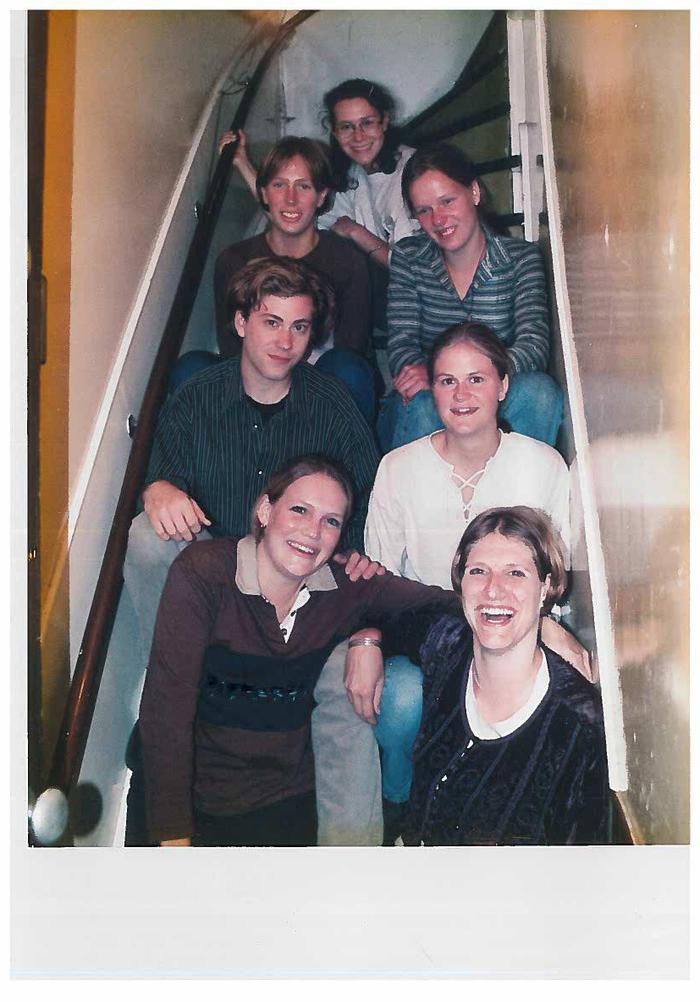 The 7th Board of Storm:

This year for the introduction of the new first years we sailed on the Kromme Rijn (who’s first in Bunnik?!). After, we climbed the Dom tower (who’s the first to reach the top?!) with a few members who had lived in Utrecht for a couple of years and had never done so before! During the Storm weekend we went back to basics, and travelled all the way down south to the Bieschbos. We literally camped above some cows in a barn (who sneezes first?). The winner of the ‘who stinks most like cow dung’ contest stayed uncertain. During the canoeing trip we saw some gorgeous nature, as we Stormers love (and, also, who gets drunk fastest?!).

Of course we also set up some new amazing things, such as the Skating Society ‘Windwak’. Starting semi official, to turn into a true society when they prove themselves. For the first time introduced some drink after the tiring General Meeting, with Storm buying the first round. And just as we deemed Windwak as semi official. The university still thought the same of us apparently, even though we are acknowledged and partly financed by them, we weren’t welcome at the opening ceremony of the academic year.

However, it was an amazing but Stormy period to look back to. We wish you all the best!