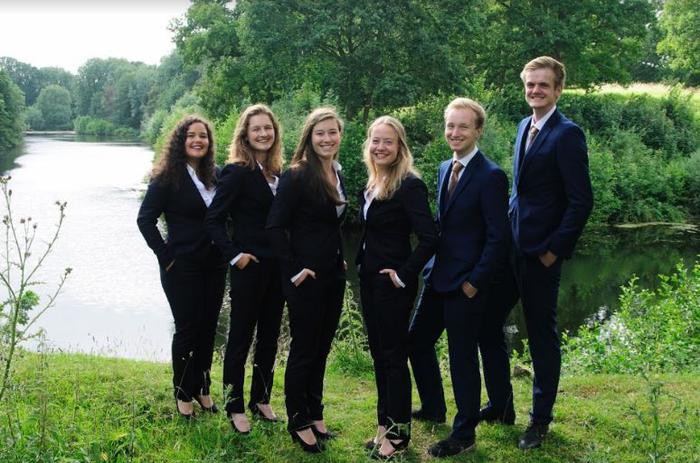 The 28th Board of Storm: Boreas

The year that the XXVIIIth Board of Storm, Boreas, for the first time fully consisted of students of Global Sustainability Science. We could say that this year was characterised by many 'firsts', as it was also the first time Storm had an international board member. This meant that right from the start, all the board meetings and minutes were in English. Although Storm is an English speaking and international orientated association, being an English speaking board in a UU-wide mostly Dutch board environment might sound tricky. This appeared not to be the case and we would definitely recommend to not see the Dutch language as a barrier for choosing a board year in Storm.

In this Storm year, one of our focus points was to have Stormers spending more time outside and to get in touch with nature (again). The new Outdoor Committee assisted in achieving this goal by organising, for example, mudflat hiking in Pieterburen and a camping trip to the Veluwe.

This year counted nine Storm weekends! The Sports and Games Committee organised three of them, of which the Surfing weekend was a very successful first! Moreover, we did a good job in the Batavierenrace. This year’s BC trip was one to remember as we visited Prague, Lipno, Budapest, Triglav National Park, and Augsburg! Besides the successful Monthly Dinks in the new pub Walden, the Party Committee managed to organise a Garden Festival with over a hundred participants. Lastly, the Kolokolo Committee went for fully vegan cheese toasties and they also raised a historically high amount of money (over 4000 euros) for Perma Atlas.

All in all, we can say that is was a Storm year with many fun firsts and with a peak in members: Storm reached the 700!