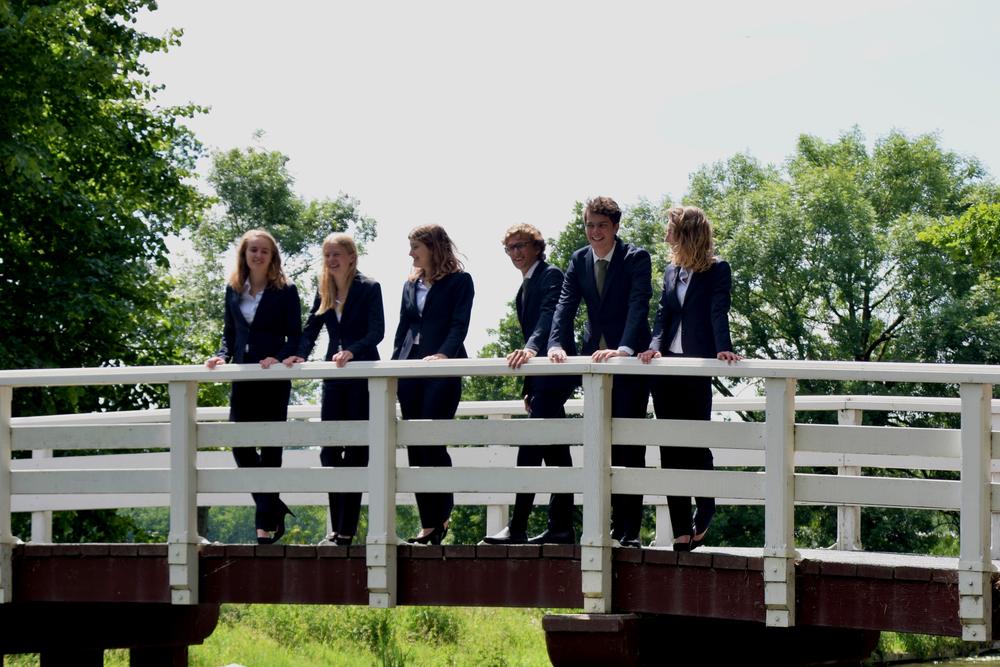 The 29th Board of Storm: Beaufort Ten

This board year was one to remember: halfway through the year the corona pandemic hit. From a full-on, normal Storm year we had to shut down completely: having to close the Storm room, cancel BC and all the weekends, and switch over to online events. It was a crazy time for everyone. (Should have known it would be a wild year, when after the KB announcement our secretary had to go to the First Aid with our chairman…)

However, we did have an amazing year in which we learned to appreciate the first ‘normal’ half even more! In the Dies Week, themed To the Moon and Back: the sparkle to your clouDIESt days, we organized activities every day, such as a werewolves night, the Pajama Party, the Dies Dinner with live music, a day trip to Amersfoort, the infamous cantus, and a talk by Maurits Groen from the Committee of Recommendation. The Great Gala brought us all into roaring twenties vibes in February with unlimited booze and fun photo-ops. We also organised educational and career activities, such as the first Career Week in a long time, which was an amazing success. We also organised a Master’s day to help Stormers orientate which masters are out there. Furthermore, the Magazine Committee was rebranded as the Media Committee and brought out new content such as a podcast; various working groups were installed such as the Music Working Group and the Sustainability Working group; and we bought a Beaufort Tent for Storm weekends. And maybe the best thing: we initiated the famous Storm socks to keep your feet warm during the cold winter nights <3 (or to warm up after the Kolokolo New Year’s Dive which brought up more than 1000 euros!)

One of the more memorable things that happened in our board year was actually (no joke) the day before Storm had to close down: ten hours after this party the world went into lockdown.  We had organised a party together with another association with the theme Sexy Study Session. Everyone was in their raunchiest studying outfits and was having a lot of fun! Until the whole Party Committee was drunk, the entire board of the other association was drunk, things broke, people were upset, and in a sea of wasted students only two of our board members were sober. Let’s just say they didn’t have the greatest time trying to handle the mess.

All in all, we did manage to organise quite some activities before corona hit. But what’s more, is that we still managed to do that afterwards! We had movie nights, DIY afternoons, Bob Ross sessions, online beer tastings, escape rooms—you name it. It was amazing to see how Storm was able to adapt so quickly to the new world we lived in, and I can say with confidence that I learned new skills which I would never have in a ‘normal’ board year. It was an amazing experience, and still I’m proud of the Beaufort Tenacity with which we handled the situation!