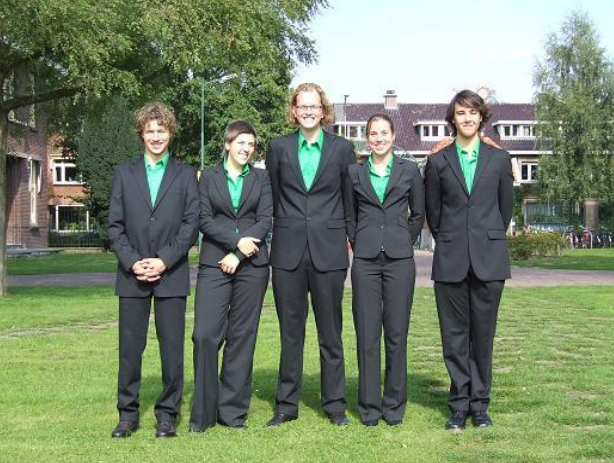 The 18th Board of Storm: Door weer en wind

We were the very first Board in suit! This year we continued the line of last year, but with some more attention for internal communication. However, the first months after the summer it appears to be quite difficult to attract the first years. The solution? Coffee tables! Attracting members with the black gold seems to work, and they are ever so prepared to have a chat after their exams under the enjoyment of this delicious liquid.

Stormmelding celebrates its best days, with 5 magazines coming out in just one year, one of which in three different editions. The committee proudly presents the biggest one of these with 67! pages. The OPCie also makes some big steps, with abolishing the SOM’s and organising a successful Parent’s Day. The foreign trip to Scotland delivers some new friendships and beautiful stories. And this year the lustrum of the study was also celebrated, of which the booklet would only arrive in 2010.

Concerning technical matters, the administrative program Microsoft Access was shut down and the shift to Davilex happened, which also has a bookkeeping program. The year was finished with a members weekend to Zeeland. Where the accommodation was a big boat and club ‘de Rode Oortjes’ was partied in heavily. 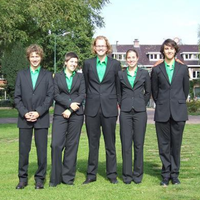